Taking fertility into your own hands

As a 37 yr old gay woman I decided it was time to take fertility into my own hands.

I’d wanted children for a few years, but to actually have one as a gay woman is a lonnng process and can be an expensive one. Not many understand what the community go through if they want a family – it’s not easy.

4 years ago I went to my doctor, she didn’t know what to do and sent me away then called later that day saying she would make a referral to a private fertility clinic.

Some LGBTQ people are unable to have a child due to the huge cost implications. IVF, which was recommended was around 7k, which for myself was not okay. Enduring the emotional pain daily of the process but then also the potential financial strain of debt and this was ALL before even having a child. There isn’t funding available for gay people on the NHS.

There is still a major lack of understanding of the LGBT community by health professionals. Not knowing where to refer me, how to speak to me & sometimes a look of being uncomfortable about me wanting a child. I got referred to the NHS for tests but had to pretend I was heterosexual to get the tests for free ie. hormones, scans, ovaries checked etc.

Should I be doing this?

It felt like it was a battle against the hetro system. Being questioned, ‘Where is your boyfriend’?… ‘We cannot continue tests unless we meet him’. I felt alienated, alone, isolated, deeply down, judged and at times like I should give up. I didn’t have any real support apart from family & friends which got me through the low points where I questioned myself, ‘Should I be doing this?’ for all the discrimination, hurt & pain, I thought ‘should I carry on fighting?’. It became so physically & emotionally exhausting, I would cry myself to sleep thinking I would never become a mother which I yearned for so deeply – it took over my thoughts daily. Everyone I saw around me was pregnant. All I wanted was to be that person, it felt like something was wrong with me. I didn’t want to go private as it felt it was far too clinical, but in the end I had no other choice. The pure lack of information, advice & guidance was little to none during this period, I felt so alone.

I believed I could!

I was recommended IVF as an option which cost 7-8k but some heterosexual people get this free….. Why? I ask myself are we going back in time, why doesn’t the LGBT community have the same rights? The equality act protects against LGBT discrimination but this is surely discrimination.

Due to my age the consultant gave me a 3-5%chance of falling pregnant with IUI which is sooo much cheaper and a lot less exhausting on the body than IVF. This is when I took my fertility into my own hands….. and against ALL the odds I fell pregnant FIRST time with IUI – This is because I believed I could! So, instead of listening to the consultant I proceeded with my instinct and it paid off!

Prior to this I worked on my physical fitness and prepared mentally to give myself the best possible chance! I truly believe in the law of attraction and if you believe it, you can get it.

I want to empower, give strength, information, advice & guidance to others who may be considering the journey to parenthood. I sincerely hope by sharing my story this will encourage others to KEEP GOING! 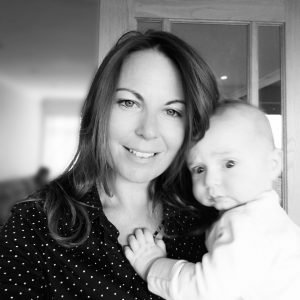 If you’d like to join our group or learn more about us, please contact us today, we’d love to meet you.

About the Author: Admin